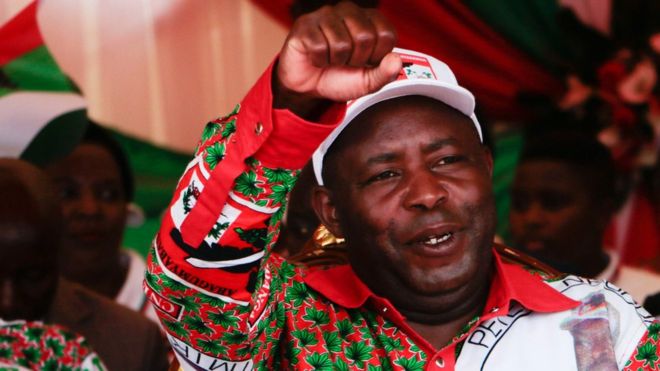 Burundi’s newly elected president, Evariste Ndayishimiye, has been sworn in two months earlier than planned. No foreign heads of state were present when he took the oath of office in the administrative capital, Gitega, where he pledged to defend the nation’s interests and unify its citizens.

The fast-tracked ceremony comes after his predecessor Pierre Nkurunziza died suddenly last week. Mr Ndayishimiye is a former rebel leader, like Mr Nkurunziza. He was backed by his predecessor and was declared the winner of May’s presidential election, which the opposition said was rigged.

Mr Nkurunziza died aged 55 on 8 June after suffering a cardiac arrest, the government said. There are unconfirmed reports that he was suffering from Covid-19.

After 15 years in power, Mr Nkurunziza was due to step down in August.

Operatives arrest another 26 FRSC officials for extortion on highways