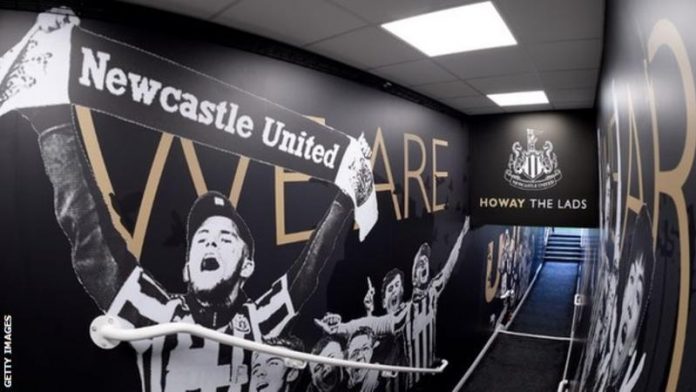 The government has been urged to block the Saudi Arabia-led takeover of Newcastle United until it investigates TV piracy in the country. Earlier this week the World Trade Organisation (WTO) ruled that Saudi Arabia helped breach international piracy laws in relation to the broadcaster beoutQ.

It has been accused of illegally broadcasting a range of professional sport, including the Premier League. Angus MacNeil, chair of the International Trade Select Committee, has now written to trade secretary Liz Truss to voice his concerns.

In a letter seen by BBC Sport, MacNeil says: “As you would have seen, the WTO has made a landmark ruling on the protection of sports rights, which is one of the UK’s most valuable and treasured exports.

“In its ruling, the WTO held that the government of Saudi Arabia has, from the beginning, been actively… supporting the ‘beoutQ’ piracy operation that has stolen the commercial rights of UK sports bodies for three years.”