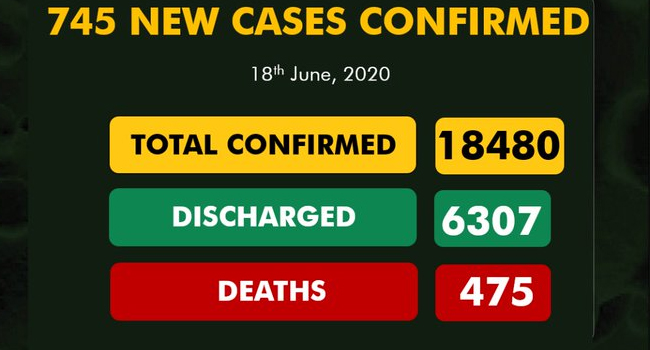 Nigeria on Thursday recorded its highest single-day COVID-19 infections with 745 new cases. This was revealed in a late-night tweet by the Nigeria Centre for Disease Control (NCDC).

Of the number of recorded cases, 475 people have died from the disease, according to the data from the NCDC.