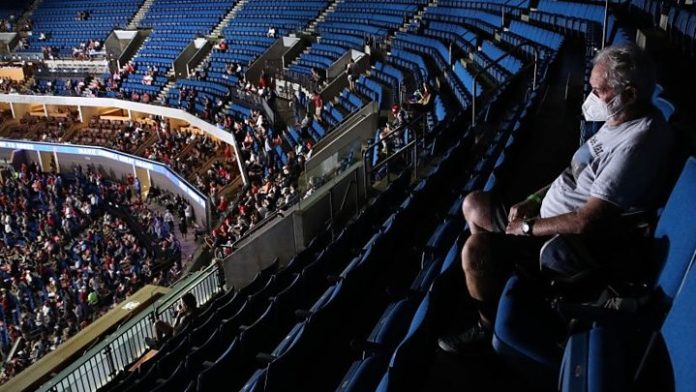 US President Donald Trump has held his first campaign rally since the US coronavirus lockdown began, in front of a smaller than expected crowd. Mr Trump had boasted earlier this week that almost a million people had requested tickets for the event at Tulsa’s Bank of Oklahoma Center.

But the 19,000-seat arena was far from full and plans for him to address an outside “overflow” area were abandoned. There had been concerns about holding the rally during the pandemic.

Coronavirus was one issue Mr Trump touched on in his wide-ranging, almost two-hour-long speech to cheering supporters in Oklahoma, a Republican heartland.

Mr Trump said he told officials to slow down Covid-19 testing because so many cases were being detected, in remarks later described as a joke.