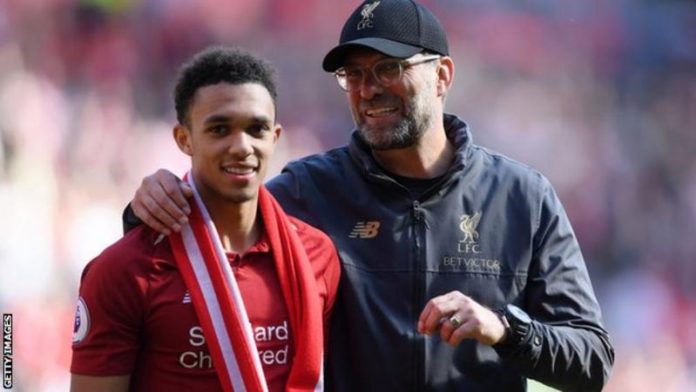 Trent Alexander-Arnold says manager Jurgen Klopp “will always be special to the club” as Liverpool close in on their first league title in 30 years. Alexander-Arnold, who has been at the club since he was six, says Klopp has done “everything” for the Reds and what he has changed has been “mind-blowing”.

Liverpool are six points off winning the Premier League title. “You have to respect the things he does,” the 21-year-old right-back told BBC Radio 5 Live.

“He just embodies the whole club. Even without being from the city, the country and being local, he just clicks with the club. He does it with every person – the fans, the staff and the players.”