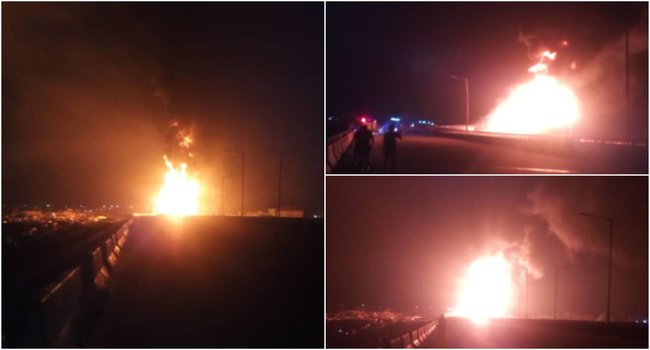 There are fears that two people might have been killed  after an explosion involving two fuel laden tankers occurred on the Kara Bridge along the Lagos-Ibadan Express Way.

Many residents within the area where startled when the explosion took place at about 1am on Sunday morning. At the time of filing this report, it was not yet to be made clear what stirred the explosion.

Men of the Federal and Lagos State Fire Service arrived the scene swiftly to douse the flames, a task which has continued for hours, thereby causing heavy traffic jam on both sides of the Lagos-Ibadan Expressway.

FIFA PURSUING MILLIONS FROM THOSE NAMED IN US INVESTIGATION