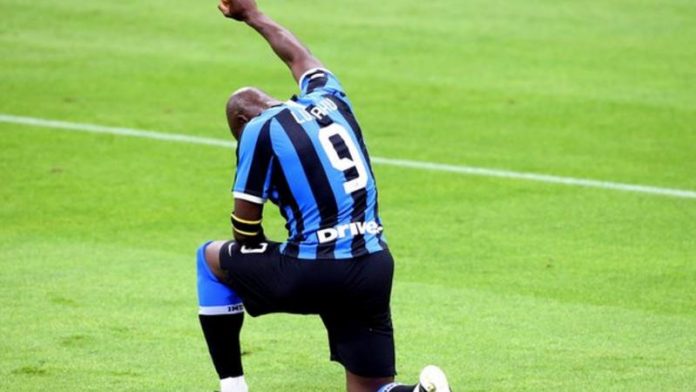 Romelu Lukaku scored his 18th league goal of the season as Inter Milan marked their return to Serie A action with a 2-1 win against Sampdoria.

Former Manchester United striker Lukaku struck from 10 yards and celebrated by taking a knee in support of the Black Lives Matter movement.

Lautaro Martinez made it 2-0 from Lukaku’s cross but Morten Thorsby pulled one back from close range. The win means Inter are third with 57 points, six behind leaders Juventus.

Serie A returned this week after being suspended since 9 March because of the coronavirus pandemic.