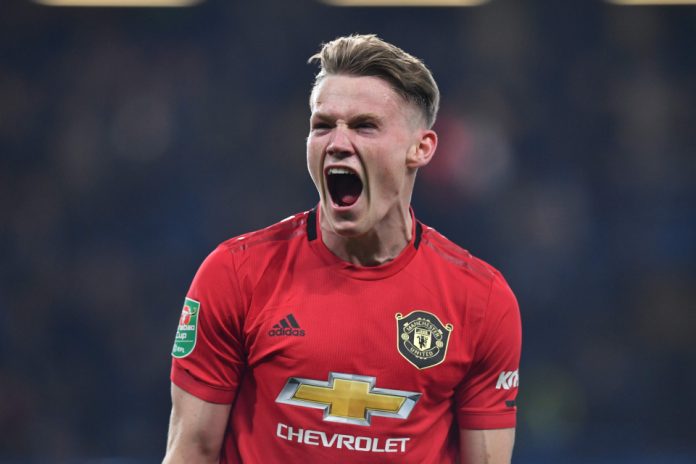 Manchester United midfielder Scott McTominay has signed a contract extension to June 2025, with an option to extend it for a further year. The deal is recognition for the huge progress the 23-year-old has made since he was given debut by former boss Jose Mourinho against Arsenal in May 2017.

Born in Lancaster, McTominay is a full Scotland international. “All I have ever known is United and I hope my passion for the club shows every time I go on the pitch,” he said. “I’ll continue to give everything for this club whenever I pull on the shirt.” Academy graduate McTominay had now made 75 first-team appearances for United, scoring six Premier League goals, including the second in a 2-0 win over Manchester City in March.

Manager Ole Gunnar Solskjaer views the academy product as an integral part of his drive to get the club challenging for major honours again. “Scott has done tremendously well since I joined and been a vital part of our midfield,” said Solskjaer. “He brings determination, tenacity and skill to the game and we know Scott’s attributes will be a major asset to the squad over the coming years.”

Rooney to face Man Utd in ‘special’ game after scoring in...