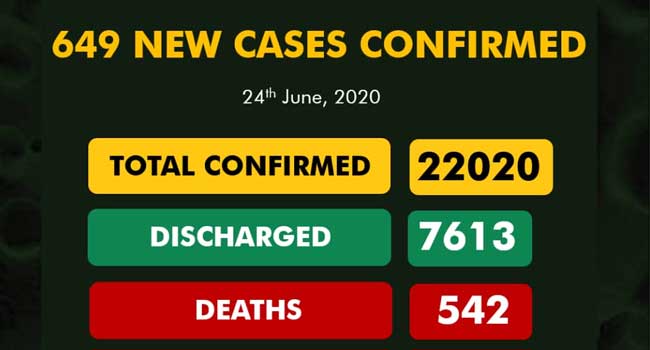 Nigeria has recorded 649 new COVID-19 cases in the country as total infections from the virus rose to 22, 020. This was confirmed on Wednesday night by the Nigeria Centre for Disease Control (NCDC). According to the health agency, new cases were reported in 21 states of the federation and the Federal Capital Territory (FCT), Abuja.

While Imo and Kano reported fewer cases with one each, Enugu recorded 14 cases, Niger and Adamawa both share 13 cases. States with low cases include Bayelsa (7), Osun and Bauchi each having 6 cases, Anambra (4), Gombe (3) and Sokoto (2). Meanwhile, the FCT recorded 17 cases.