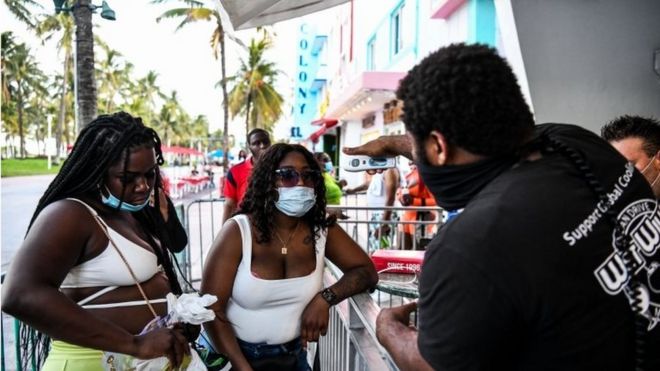 A recent surge in infections and hospitalisations has prompted the states of Texas, Florida and Arizona to pause reopening plans. Texas’s governor ordered bars to close and announced other “targeted measures” on Friday to bring infections down.

While some of the increase in daily cases recorded is down to increased testing, the rate of positive tests in some areas is also increasing.