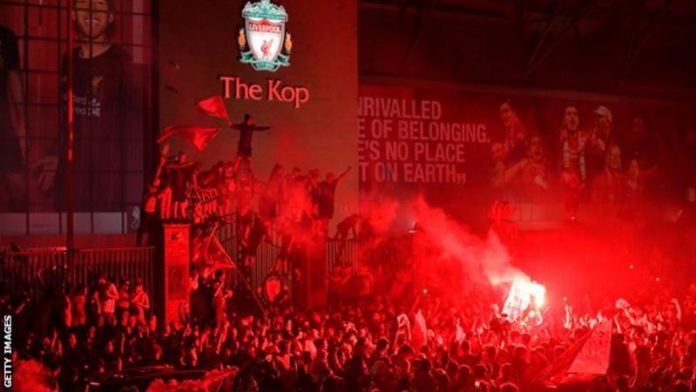 Liverpool’s 30-year wait for a top-flight title is over after Manchester City lost 2-1 at Chelsea to confirm the Reds as Premier League champions.

Jurgen Klopp’s side needed one victory to seal the league but City’s failure to win means they cannot be caught. It is Liverpool’s 19th top-flight title and their first since 1989-90.

Despite being urged to “stay home” by the city’s metro mayor because of coronavirus, thousands of fans gathered at Anfield to celebrate.

Many of the supporters who congregated at the club’s ground wore face masks and some lit flares.