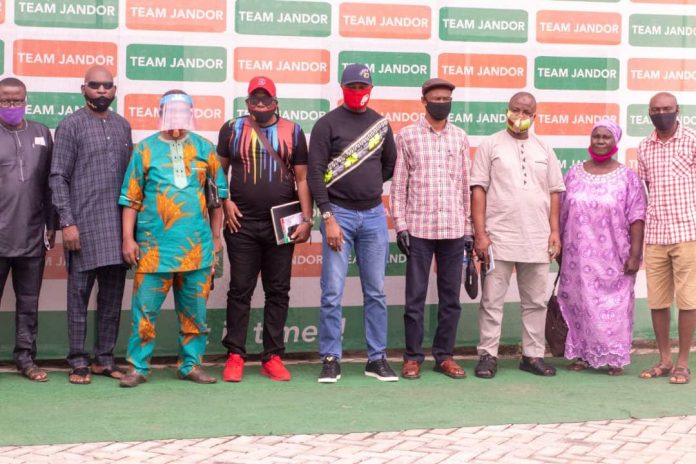 The Lead Visioner of Team Jandor, Mr. Abdul-Azeez Olajide Adediran, on Monday played host to a group of Civil Society Activists. In a meeting held at the Liberty Place, Ikeja, the leader of the group, Comrade Richard Akinola during an interactive session commended the philanthropic activities of Team Jandor and its selfless service to Humanity, touching lives across the three senatorial districts of Lagos State since 2016.

Comrades in attendance, thereafter took turn to declare unequivocally that, truly “It is time for a Lagos that works for all. The visiting Comrades commended the vision and the brilliant presentation of the Lead Visioner, they also assured Team Jandor of their readiness to commence of grassroot enlightenment and mobilization for the actualization of the ‘Lagos for Lagos’ agenda.

Speaking earlier, Jandor had called on the Comrades to collaborate with vision of Team Jandor. Jandor who is also the Grand patron of the Ibile-Eko Forum, an indigenous group of Lagosians with members spread across the 57 Local Government and Local Council Development Areas, assured of a better synergy to the benefit of all Lagosians.

FG HARPS ON DIVERSIFICATION OF ECONOMY