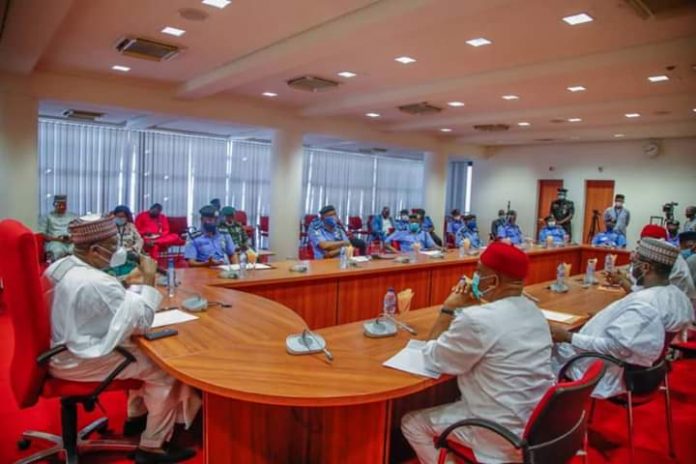 President of the Senate, Ahmad Lawan on Tuesday charged the Inspector-General of Police to provide timelines for the implementation of the Community Policing in the country. Lawan gave the charge when the Police IG, Mohammed Adamu and his management team called at the National Assembly for an interactive session with the Senate Committee on Police Affairs.

The Senate President told the Police authorities to always carry the relevant parliamentary Committees along in what they are doing on the Community Policing to give the scheme a life of its own. Lawan also said there would be a need to recruit more men and women to shore up the present number that is inadequate for the present security challenges. “And if we have to recruit, then we have to train. We have to support our training institutions.

2023: Military not under pressure to compromise polls – DHQ

Rochas Okorocha declares intention to contest for presidency in 2023

STATE OF THE NATION: FG ASSURES NIGERIANS OF A BETTER FUTURE