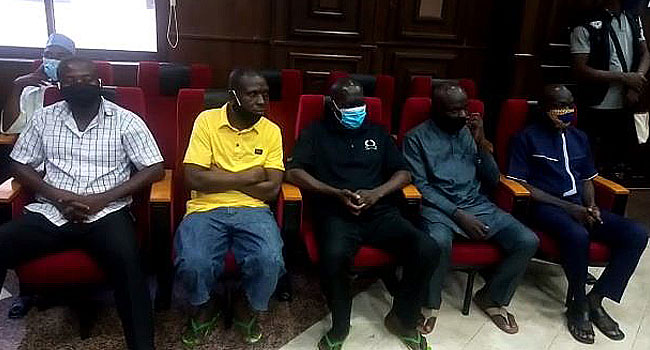 The trial of the alleged Taraba Kidnap Kingpin, Hamisu Bala popularly known as Wadume and six others continues in Abuja before Justice Binta Murtala-Nyako of the Federal High Court.

At the last sitting, a Police Officer who was among the six operatives deployed to Taraba state to arrest the suspects narrated how they were ambushed by some soldiers who freed Wadume and killed four of his colleagues in the process.

The witness, an Assistant Superintendent of Police explains that the suspects were arrested at Ibi local government area of Taraba state without any form of resistance but were waylaid by the soldiers on their way back to Jalingo, the state capital.

The witness is expected to be cross-examined by the defense counsel.

No fuel scarcity this yuletide – FG