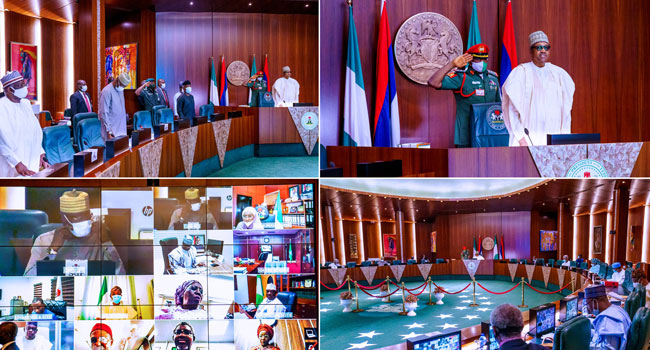 The Federal Executive Council has approved over N6.7 billion for the construction of roads in Abaji Area Council of the Federal Capital Territory FCT, Abuja. Minister of the FCT, Mohammed Bello disclosed after this week’s meeting presided over by President Muhammadu Buhari. The Minister said he presented two memos on the FCT and both were on infrastructure projects in the satellite towns. The first one is the award for the construction of a road linking Yaba to Gurdi road in Abaji Area Council and that contract was approved for N4, 648, 255, 381.42 with a completion period of 20 months.

He added that already the company is constructing the road linking Yaba town to the main Abuja-Lokoja expressway so this road is meant to open up the rural community which is very agrarian with a lot of water resources. As a matter of fact, it is the area where we usually have the FCT fishing festival. The second contract is for the third phase of the construction of roads within the city of Abaji which is in the southern tip of the FCT. This is about 8.4 kilometres and is intended to complete and complement the other roads that are already there. The contract is in the sum of N2, 128, 176, 102.50 with a completion period of six months and this will upgrade the infrastructure in Abaji town.

Meanwhile, the Minister of Information and Culture, Lai Mohammed has just presented the Ministerial Performance Report of his ministry, covering the period Aug. 2019 to June 2020, to the Federal Executive Council (FEC). The presentation centered on the creation of jobs as according to the Minister, the Ministry of Information and Culture is set to create over 2 million jobs within the next three years. This is being done through the implementation of Deliverable number 7, which mandates it to collaborate with the private sector to create jobs for the youth.