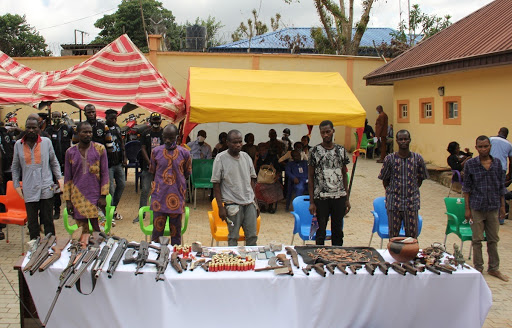 The incident happened between 2019 and early 2020, where about ten policemen and several others killed during the robbery operations.

Parading 25 other suspects in Abuja, Police Spokesperson, DCP Frank Mba, says, the suspects were arrested by the officers and men of the IGP Special Tactical Squad (STS) led by the Commander, DCP Yusuf Kolo in their hideouts in Ondo, Ekiti, and Ogun States.