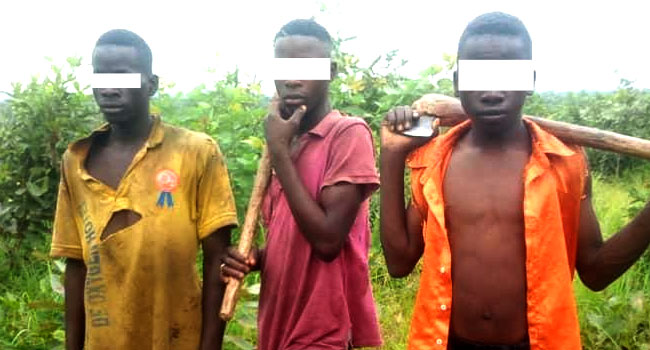 The military says troops have rescued three victims kidnapped by bandits in Chikun Local Government Area (LGA) of Kaduna State. Major General John Enenche, who is the Coordinator of Defence Media Operations, confirmed this in a statement on Thursday.

He noted that the victims were saved by troops of Operation Thunder Strike operating under the subsidiary Operation Accord. The military spokesman explained that the rescue followed credible intelligence received by the soldiers on the kidnap of some people by armed bandits from their farm in Gwazunu village.

He added that a team of security operatives, promptly deployed in the scene, engaged the bandits with effective firepower. “The bandits escaped in disarray with gunshot wounds thereby abandoning the kidnapped victims. “All the three victims were successfully rescued unhurt and have been reunited with their families,” Enenche said.

According to him, the Military High Command congratulates the gallant troops for their dedication and unwavering commitment and urges them to remain committed and sustain the onslaught against the criminals.

Meanwhile, the military spokesman has given a general update on the operations of the Armed Forces of Nigeria in the last one week.