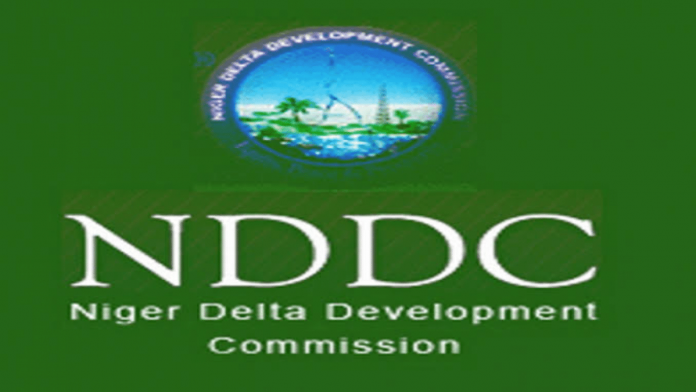 Interim Management Committee (IMC) of the Niger Delta Development Commission (NDDC), came under fire in the National Assembly again on Tuesday over alleged N143billion missing from the 2019 budget of the Commission. Trouble came the way of the commission during budget defence session the National Assembly Joint Committee on Niger Delta Affairs, had with its top management staff led by the Managing Director, Professor Daniel Pondei.

Professor Pondei had in his presentation before the Joint Committee led by Senator Peter Nwaoboshi (PDP Delta North), submitted   that the Commission received N305.5bn as revenue in the 2019 and spent N122bn from the amount received with the balance of N183.2bn. He said: “In compliance with the provision of the 2019 Appropriation Act, we implemented the 2019 capital budget till May 31.

“On the expenditure side, 2019 budget implementation was hindered by the delay in its approval and release coupled with the COVID- 19 global pandemic. “Only recurrent expenditure which runs from January 1st – December 31st 2019 was implemented substantially.” The Chairman of House of Representatives Committee on NDDC, Honourable  Olubunmi Tunji-Ojo  however faulted the 2019 budget report of the Commission as he disclosed that the report submitted to the joint Committee only revealed N40 billion.

He queried the Managing Director of the Commission on discrepancies observed in the 2019 budget report presentation to which   Pondei quickly responded by requesting for the withdrawal of 2019 budget details in order to address the issue of discrepancies of N143bn raised by the federal lawmaker. The request however angered other members of the committee who were later pacified by Senator Nwaoboshi. Nwaoboshi in yielding to the request of NDDC boss, adjourned the budget presentation till next week Tuesday.