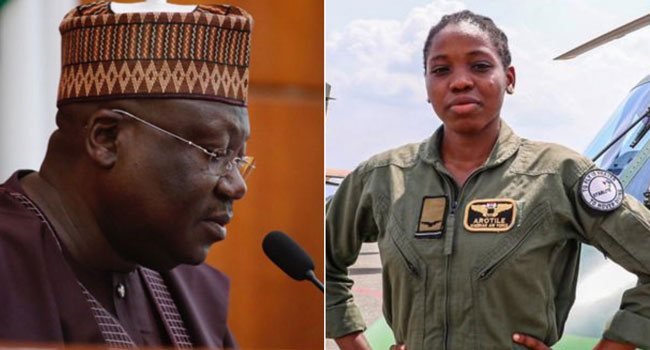 President of the Senate, Ahmad Lawan, has expressed shock and sadness at the tragic news of the death of Nigeria’s first female combat helicopter pilot, Tolulope Arotile.

The Senate President noted the attestation of the Nigeria Airforce that Arotile flew several combat missions and made remarkable contributions to the military efforts against banditry and other criminal activities, particularly in the North Central states.

Lawan said Arotile was a role model for young women and the Nigerian youths in general with her focus and dedication to service and calling. Lawan condoled with the family of the late Flying Officer, the Chief of the Air Staff, her officer colleagues, other airmen, and airwomen.

The Senate President also commiserated with the government and people of Kogi State over the loss and prayed for her soul to rest in perfect peace.

Coronavirus: Largest study suggests elderly and sick are most at risk