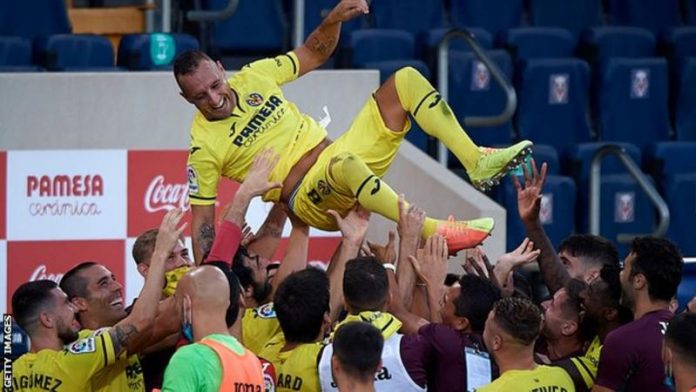 In joining Al Sadd, Cazorla will be managed by former Spain international team-mate Xavi, who has extended his deal at the club until 2021. “We have reached an agreement with Santi Cazorla,” Al Sadd tweeted. “He will reach Doha soon to complete the formalities and join the team.”

Cazorla played 180 times across six seasons for Arsenal between 2012 and 2018 and spent the last two seasons playing for Villarreal for the second time in his career.

Manchester City’s David Silva, 34, is also being linked with a move to Qatar, with Al-Duhail said to be keen on the Spanish midfielder.

Insurgency: Northeast will witness a change in the coming months –...

UNICEF calls for rescue of 21 children abducted in Katsina