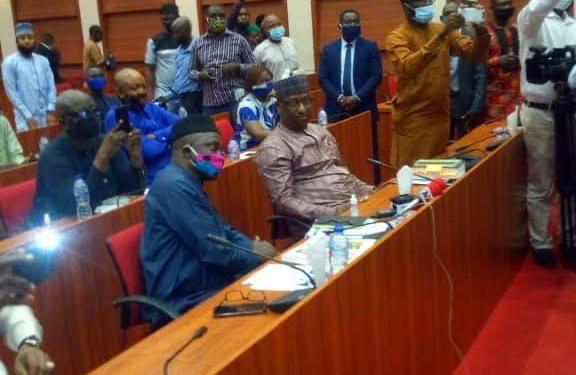 The Senate on Tuesday ordered the National Directorate of Employment to take over the recruitment process of the 774, 000 temporary federal jobs from the Minister of State for Labour, Employment and Productivity.

Chairman, Senate Committee on Judiciary, Human Rights and Legal Matters, Opeyemi Bamidele, brought the motion through a point of order, to the Senate. He drew the attention of the red chamber to the claims by the Minister of State for Labour, Festus Kayamo, SAN, who said the President Muhammadu Buhari had asked him to proceed with the recruitment process.

He noted that Keyamo has erred in law by taking over an assignment which was constitutionally assigned to the NDE through the Revised 2020 Appropriation Act. He noted that the federal parliament approved the sum of N52bn for the NDE to execute the exercise but lamented that the Labour ministry, through Keyamo, had hijacked it. He said the Revised Appropriation Act should be binding on the Federal Government and its agencies.

The Senate, therefore, resolved that the NDE should take full charge of the implementation while the ministry would play a supervisory role.

How ICPC recovered stolen assets worth N77billion in 2019