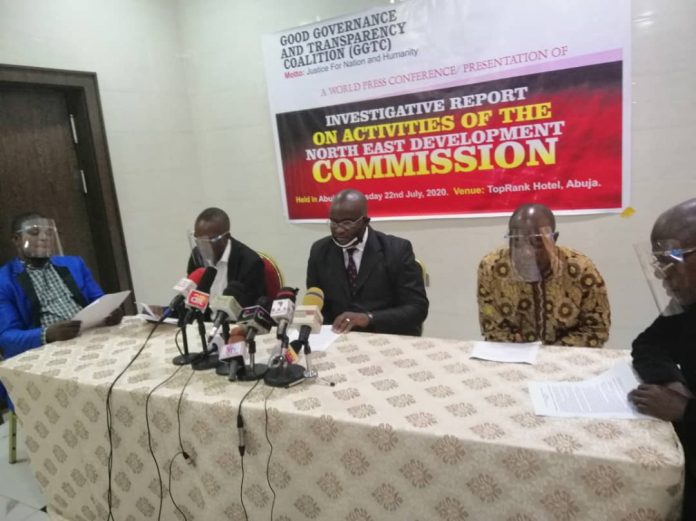 The Good Governance and Transparency Coalition has dismissed allegations of fraud in the North East Development Commission, absolving the Minister of Humanitarian Affairs, Disaster Management and Social Development, Hajiya Sadiya Farouq and NEDC’s Managing Director, Musa Yashi of any wrongdoing.

Speaking on behalf of the group at a press conference in Abuja, National Coordinator, Patriot Agibi Gabriel, instead extolled the achievements of the commission in the last one year.

Established in 2017, NEDC is charged with the responsibility to assess, coordinate, harmonies and report on all intervention programs, and initiatives by the Federal Government or any of its Ministries, Departments and Agencies, States; and other partners and for the implementation of all programs and initiatives for the North East states.

The group says after a thorough investigation and fact-finding mission in the North East that there have indeed been entrenchment of transparency and accountability in NEDA’s operations.