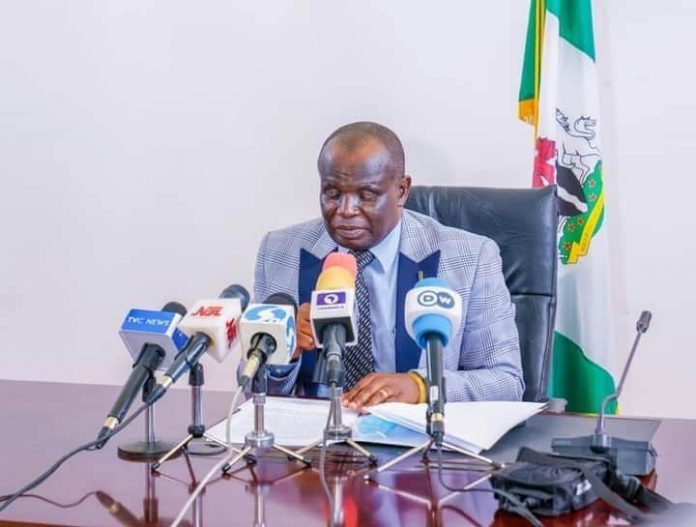 Plateau state government has said that the state has recorded 19 fatalities from COVID-19. The Secretary to the Government of the State, (SGS), Professor Danladi Atu said this in a press briefing on Tuesday in Jos. “Our health workers who are on the frontline have also been affected by the virus. So far, the total health workers affected is 58.”

He also disclosed that the state has so far conducted 14,816 COVID-19 tests and out of which 10,982 results have been received, while 3,894 results are pending and 982 persons have tested positive to the virus. He said that the State is now experiencing community transmission of the virus. “This has made the State to commence mass testing of the citizens. Currently the State has been given sample collection target of 87,000. Meaning we have tested about 485 people per day.”

Atu further said that the total number of people on admission is 221. The Governor also made efforts to increase the COVID-19 testing facilities in the State. I am happy to inform you that as at today, we have 3 testing centres in Plateau State located at the NVRI Vom, Plateau State Specialists Hospital and the Jos University Teaching Hospital.

This has greatly enhanced our testing capacity and enabled us to know the extent of the spread of the disease in the State and also respond appropriately. “Following the directive by the Governor that all staff of Ministries and MDAs be screened, we have so far conducted tests for 4,422 staff of 54 MDAs with 174 of them testing positives. The tests are continuing. This makes Plateau State the first in the country to commence mass testing of Civil Servants”.