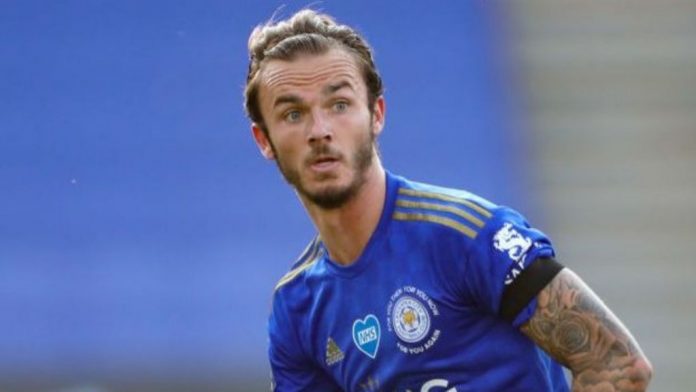 Leicester midfielder James Maddison has agreed a new four-year contract, tying him to the club until 2024. BBC Sport understands the deal is worth more than £110,000 a week and should be confirmed in the coming days.

The news will be a boost to manager Brendan Rodgers after the club failed to secure a place in next season’s Champions League following their defeat by Manchester United on the final day. Maddison’s existing deal was due to expire in 2023. The 23-year-old was badly missed over the final games of the season after having minor hip surgery.

The £20m signing from Norwich in 2018 has developed into one of the most promising attacking players in the country and made his England debut in the 7-0 win over Montenegro in November. However, there is uncertainty over the Foxes future of Ben Chilwell, who, like Maddison, missed the end of the season, with a heel injury.

Chilwell, also 23, a Leicester academy product and on a contract that runs to 2024, has been heavily linked with Chelsea. Rodgers has said Chilwell is not for sale but in the past four summers Leicester have sold a key player – N’Golo Kante, Danny Drinkwater, Riyad Mahrez and Harry Maguire – and the expectation is they will do so again if a suitable bid is received.