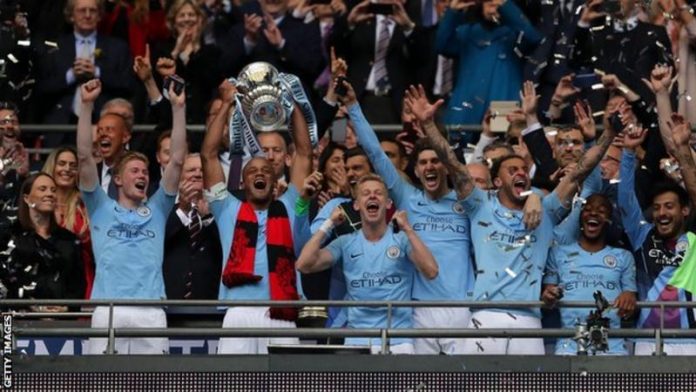 The winners of Saturday’s FA Cup final between Arsenal and Chelsea will collect the trophy on the Wembley pitch without a presentation party, to minimise the risk of spreading coronavirus.

The winning team traditionally lifts the trophy in the stadium’s Royal Box. The match is being played without fans because of concerns over Covid-19. This year’s final is dedicated to raising mental health awareness, with several themed events before kick-off.

The match, renamed the Heads Up FA Cup final, is the culmination of a season-long campaign on mental health led by FA president Prince William, in conjunction with a group of charities in the Heads Together initiative.

Writing in the FA Cup final programme, The Duke of Cambridge says: “We all have mental health, and we can all do more to support each other – and that starts with talking.”

This year’s final will kick off at 17:30 BST on Saturday with live coverage on BBC One, BBC iPlayer, BBC Radio 5 live and BBC Sport website.