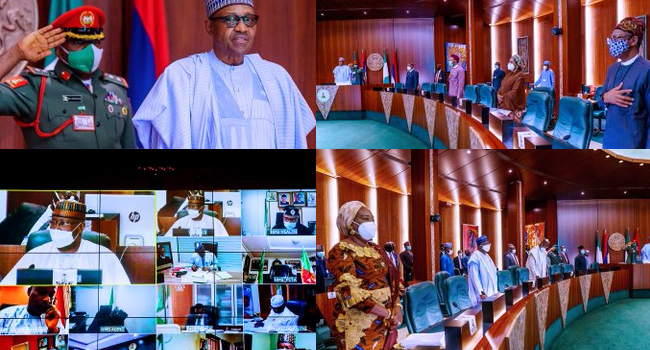 The Federal Executive Council has ratified President Muhammadu Buhari’s anticipatory approval for the release of N6,940,081,465.20 offshore and N1.708 billion onshore, the sum total of N8,648,081,465.20 for Siemens Power Project. The approved money is to serve as Nigeria’s counterpart funding for the power deal with Siemens AG, signed by the Nigerian and German governments last year.

Minister of Finance, Budget, and National Planning, Zainab Ahmed disclosed this while briefing State House Correspondents on the outcome of this week’s virtual cabinet meeting presided over by President Buhari. She said the memo seeking the rectification was jointly presented with her Ministry of Power counterpart, Saleh Mamman.

However, the Ministry of Industry, Trade and Investment presented a memo to Council, seeking approval for the President to ratify the Investment Promotion and Protection Agreement, which was signed in 2016 between Nigeria and Singapore on the one hand, and Nigeria and the Kingdom of Morocco on the other hand.

Meanwhile, the Aviation minister also sought the council approval for ratification of an air transport agreement between the USA and Nigeria.

Recall that both the United States and Nigeria are parties to the Chicago convention on 7th, December 1994. Article 6 of the convention actually urges parties to sign air services agreements with member states to improve social, political, and economic ties.

The US has signed its own and President Buhari and council graciously accepted today to also ratify this approval.

Seapower for Africa: Minister of Defence calls for greater collaboration amongst...