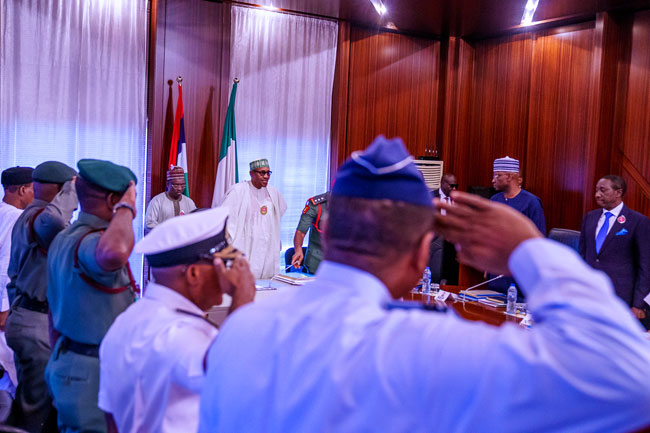 Some legal practitioners have pledged to defend Nigeria’s constitution and sovereignty for free against persons attempting to undermine the powers of the President and efforts of the Service Chiefs. The groups, under the aegis of Patriotic Nigerian Lawyers (PNL) and Concerned Citizens made this vow on Thursday at a World Press Conference in Abuja, warning paid sabotuers to stop taking Nigeria for a ride.

Speaking at the press conference on behalf of the groups, the Executive Secretary, Barrister Abdulmalik Alfa, described the suit by the spokesperson of the Coalition of United Political Parties (CUPP) Ikenga Ugochinyere calling for the sack of the Service Chiefs as an “exercise in futility”.

He added that Ugochinyere’s actions isn’t surprising owing to his known alliance with the opposition Peoples Democratic Party (PDP) and utter desperation with other “enemies” of the country. The legal practitioners, however, welcomed the CUPP spokesperson to meet them in court and assured that neither the President nor the Service Chiefs will be distracted by his paymasters’ antics.

‘Jubril of Sudan’ claims not funny, made to distract from important...