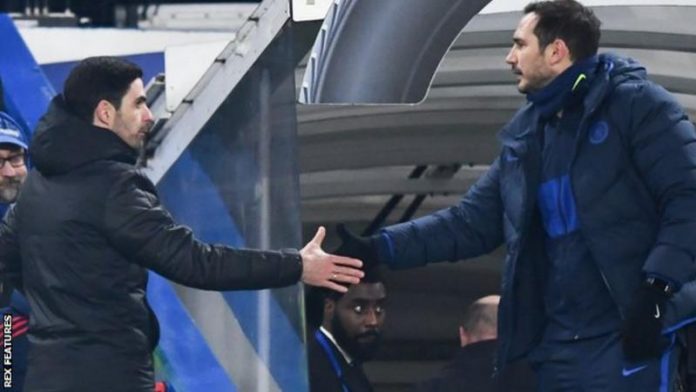 Arsenal and Chelsea will contest Saturday’s FA Cup final at Wembley – led out by two of the new generation of managers.

Gunners’ boss Mikel Arteta, who will be 38 years 128 days on the day of the final, and Chelsea counterpart Frank Lampard, at 42 years 42 days, are the two youngest Premier League bosses.

And both have a major trophy in their sights at the end of the first season at their respective clubs, in the surreal surroundings of the first behind-closed-doors FA Cup final.

Liverpool come from behind to beat West Ham and equal Man...

FG TO CONCENTRATE ON DIVERSIFYING THE ECONOMY