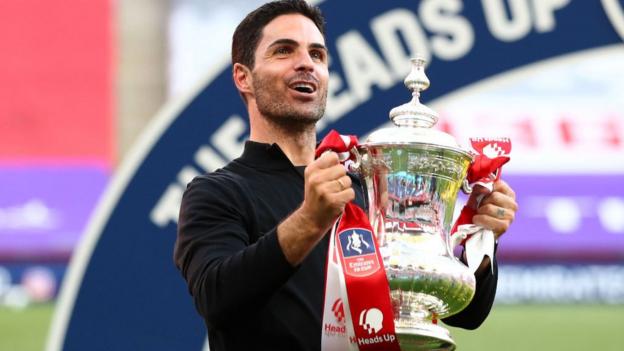 Mikel Arteta thinks winning the FA Cup could be just the start for Arsenal after describing it as one of the greatest moments of his career.

The Gunners beat Chelsea 2-1 in Saturday’s Heads Up FA Cup final at an empty Wembley thanks to two goals from captain Pierre-Emerick Aubameyang.

Arteta won the trophy twice with Arsenal as a player, is in his first managerial role. “I think it’s even better winning this than as a player,” he told BBC 5 Live.

“It’s such a special day. Hopefully we made a lot of people happy. The players worked extremely hard. Thank you to all our staff and the people upstairs who made the decision to give me this incredible opportunity to manage a club that I have in my heart.”