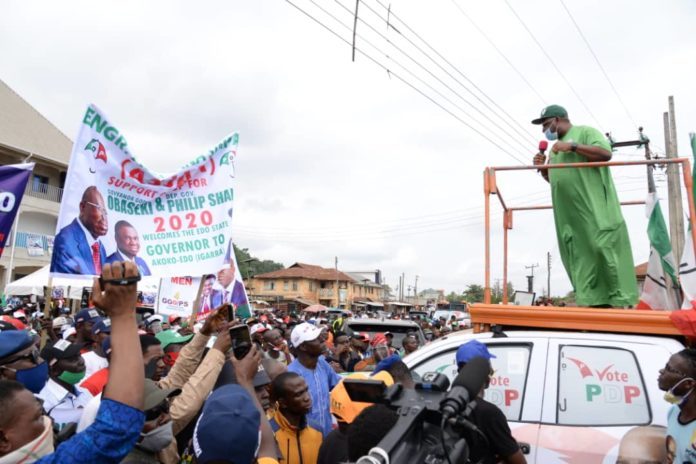 Supporters of the Peoples Democratic Party (PDP) have staged a protest at the Edo State House of Assembly complex in Benin City, the state capital. The protesters, comprising women and youths, stormed the Assembly complex on Friday while security operatives keep watch at the facility for the second day.

They pledged their support for the state governor, Godwin Obaseki, and prayed for peace to reign in the state. The PDP supporters also threw their weight behind a factional Speaker of the House, Frank Okiye, saying they recognise him only as the leader of the legislative arm of government in Edo.

They, however, rejected another factional Speaker of the House, Victor Edoror, who was claimed to have been inaugurated by 17 lawmakers on Thursday. The protesters also condemned the inauguration of 14 lawmakers-elect in Edo at a private residence in the state capital.