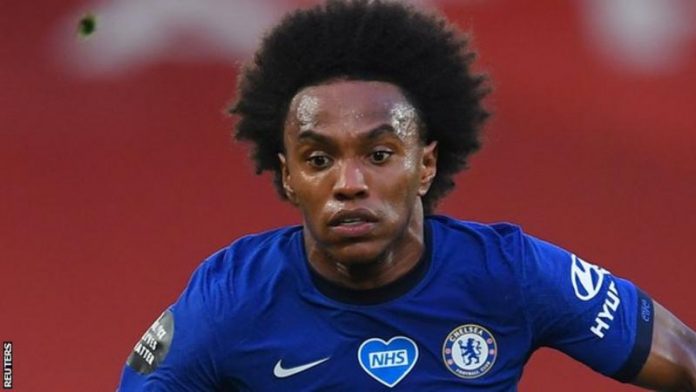 Arsenal are closing in on a deal for Chelsea midfielder Willian. The Brazilian, who is 32 on Sunday, is out of contract once Chelsea’s Champions League campaign is over.

There is no agreement yet but it looks increasingly likely Willian will follow compatriot David Luiz in moving from Stamford Bridge to Arsenal. Chelsea have offered Willian a new deal but are unwilling to match the three-year contract understood to be on the table with the Gunners.

Willian missed Chelsea’s FA Cup final defeat by Arsenal due to injury and will not play in Saturday’s last-16 second leg at Bayern Munich, with Chelsea trailing 3-0 from the first game.

He has made 339 appearances for the club since signing from Russian side Anzhi Makhachkala for £30m in 2013, becoming one of the most popular players at Stamford Bridge in the process.

He has won five major honours with the Blues, including two Premier League titles and the Europa League, and won the club’s players’ player of the year award twice.