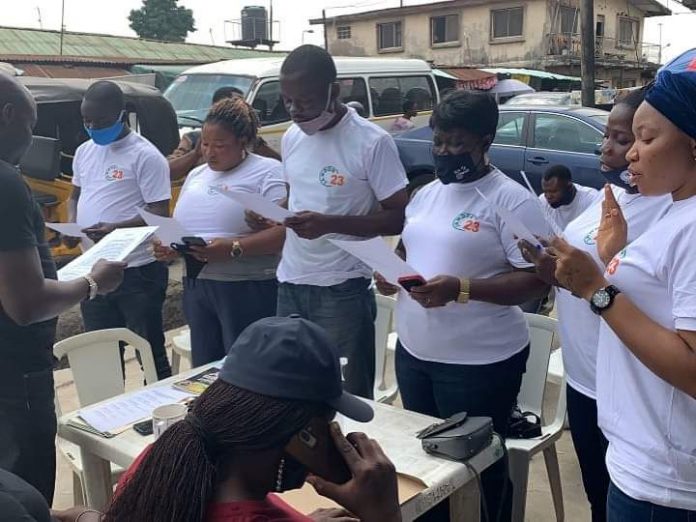 The Somolu Local Government and Bariga Local Council Development area (LCDA) structure of Team Jandor was on Saturday inaugurated as the sociopolitical group continues to gain widespread acceptability across the 20 LGs and 37 LCDAs of Lagos state.

The Central Coordinator of the group, Funke Ijayekunle, represented by the State Youth Leader, Mr. Simeon Olasunkanmi David, urged the newly inaugurated executives to deliver on the tasks that have been assigned to them. Ijayekunle said, “I have seen us working on with renewed vigor on daily basis, I am confident that together, as state and LGA/LCDA executives, we will all continue to put in our best in leading the way to the Lagos of our dreams. I urge you to align with the vision of our Lead Visioner, by looking out for one another and impacting lives around us even with our barely adequate resources, whilst bringing in more Lagosians into this Jandor Family.”

While welcoming the newly inaugurated executives officially to the ‘Jandor Family’, the central coordinator on behalf of the Lead Visioner, Mr. Abdul–Azeez Olajide Adediran, admonished all members to “stay motivated and committed to see the Lagos for Lagos dream a reality”. In a swift response, the Coordinator of Somolu LG, Mrs. Ayodeji Olowoopejo, declared that most residents already keyed to the ‘Lagos for Lagos’ vision, expressing their readiness to support their own.