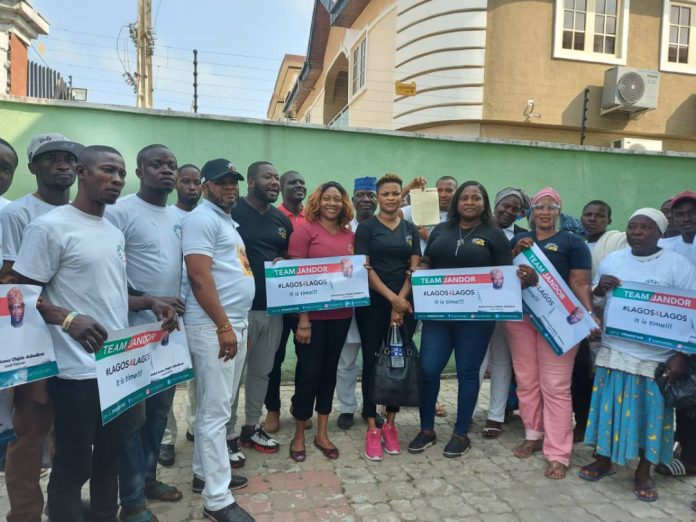 – Lagos for Lagos, our pride.

The Team Jandor’s ‘Lagos for Lagos’ agenda has been described as the pride of all Lagosians both at home and in diaspora. This was contained in the speech of the coordinator of Ikoyi – Obalende LCDA, Mustapha Taiwo, during the inauguration ceremony. He said, aside the daily registration of new members to the group, Lagosians outside the state and abroad have also showed interest to ensure that the ‘Lagos for Lagos’ vision is accomplished.

“The Lead Visioner (Mr. Abdul – Azeez Olajide Adediran) is a household name and all of us are grateful for his kind gestures,” he added. The new executives inaugurated include;

Speaking at the inaugural ceremony, the Central Coordinator of Team Jandor, Funke Ijayekunle, appreciated the new executives for the commitment and a fine run towards ensuring that the ‘Lagos for Lagos’ initiative enjoys massive support. “On behalf of the Lead Visioner, Mr. Abdul-Azeez Olajide Adediran, I welcome you officially to the big family,” she said.