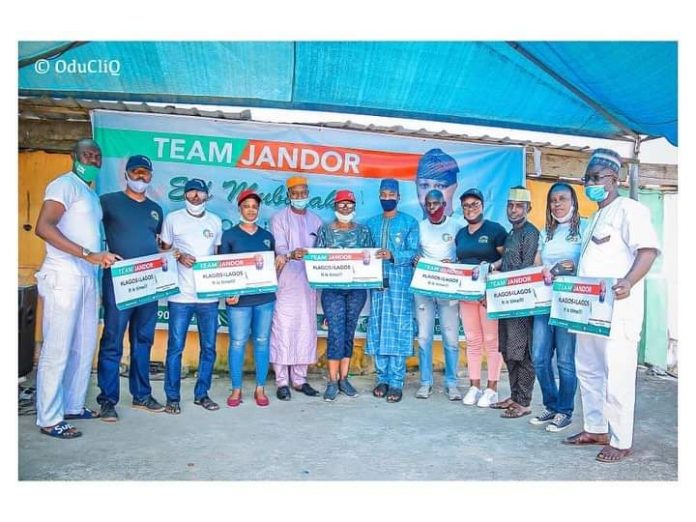 It was a homecoming for the State officials of Team Jandor at the inauguration of the Local Government and Local council development areas structure. The Central Coordinator of Team Jandor, Funke Ijayekunle, who was represented by the State women leader, Mrs. Funke Akinwale,  appreciated the people of Ojo Federal Constituency for standing  by their son, Mr. Abdul – Azeez Olajide Adediran, and giving supports to the Lagos based sociopolitical group.

“This is our home, it’s another atmosphere here, and we appreciate you for taking ownership of the ‘Lagos for Lagos’ initiative.” Ijayekunle, however, charged the newly inaugurated executives to remain good ambassadors of Team Jandor, having proved that the majority of Ojo Federal Constituency stands with Jandor. Appreciating the state executives for their steadfastness at promoting the ‘Lagos for Lagos’ initiative, the coordinator of Ojo LG, Mr. Moses Adedeji, urged them to take Ojo as their home.

“As we all know, this is the hometown of Mr. Abdul – Azeez Olajide Adediran, and I can confirm to you we all are for Team Jandor”, he said. The newly inaugurated executives include: