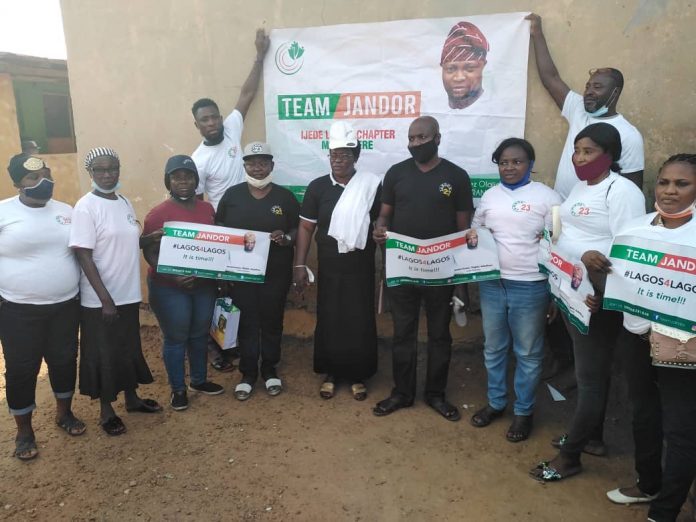 The total acceptability of Team Jandor, the Lagos based socio – political group, was evident during the inauguration of Ikorodu division structures over of the group over the weekend. The group according to its Central Coordinator, Mrs. Funke Ijayekunle, has recorded more than half of its targeted numbers of new members for the second quarter of 2020. She revealed that by 2021, the team will have over five hundred thousand members registered to its database across the 3 senatorial district of the state.

While appreciating the members of the group across the state for the overwhelming support for the Lead Visioner, Mr. Abdul – Azeez Olajide Adediran, she said, “I urge you to align with the vision of our Lead Visioner, by looking out for one another and impacting lives around us even with our barely adequate resources, whilst bringing in more Lagosians into this Jandor Family. This indeed is the true spirit of a Jandor ambassador.”

FG approves resumption of passenger flights between Nigeria and UAE