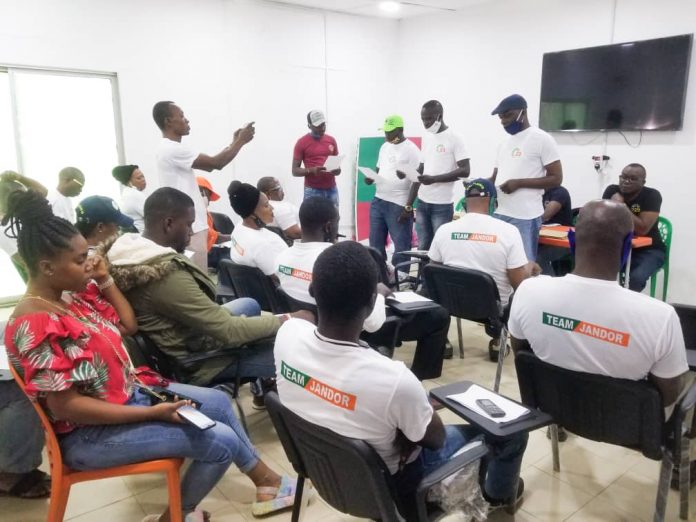 The Team Jandor’s ‘Lagos for Lagos’ initiative has been christened as the grassroots anthem across the Local Governments and Local Council development areas of Lagos state. According to the Coordinator of the Agege LG, Mr. Majoro Balogun, when sharing his experience at the inaugural ceremony, he said, aside the people’s overwhelming calls and messages, showing interest in the movement, they have equally recorded increase in daily registration of new members from different wards.

He also confirmed that his colleagues across the 20 Local Governments and 37 Local Council development areas also shared similar testimonies. Balogun said ‘Lagos for Lagos’ is the new anthem at the grassroots.

The newly inaugurated executive members are:

In his remarks, the coordinator of Ojodu LCDA, Mr. Abiodun Ayileka, assured of the team’s readiness to ensure that no one is left out of the ‘Lagos for Lagos’ initiative. Present at the inauguration include: the state organizing secretary, Mr. Tajudeen Aremu, State Coordinator of Ndi-Igbo in Team Jandor, Chief Jonathan Nnaji, the Assistant State Publicity Secretary Mr Ayo Austin among others.

Why Nigeria is borrowing fresh $3bn from World Bank — Ahmed

INSURGENCY: US TO OFFER HUMANITARIAN ASSISTANCE TO VICTIMS