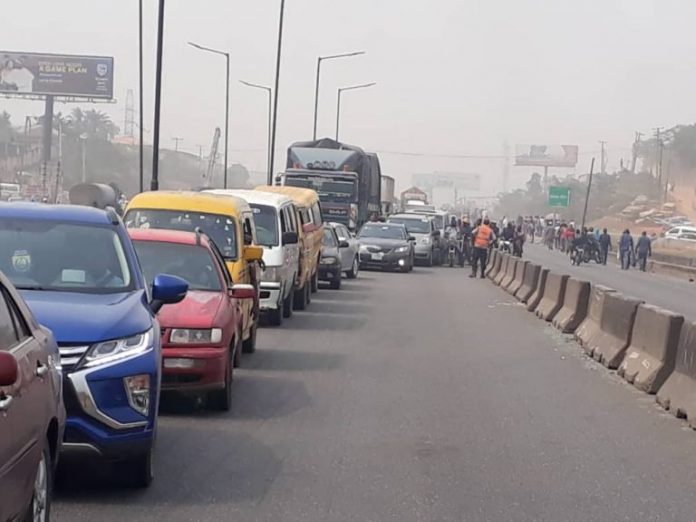 An accident Thursday involving two-heavy duty vehicles resulted in an interminable traffic gridlock on a section of the Lagos-Ibadan Expressway. According to our correspondent, a tipper vehicle whose brakes failed had rammed into a gas-loaded tanker, effectively shutting down traffic on the inbound-Ibadan, Kara-axis of the expressway.

Emergency services – including the Federal Road Safety Corps, the Fire Service, the Police, and the Army – responded to the incident in an attempt to manage the traffic on the usually busy road. As at the time of filing this report, the number of deaths and injuries from the incident were yet to be ascertained.

Accidents are frequent at the Kara section of the expressway. On July 4, two tankers carrying Premium Motor Spirit collided with each other in the area. On February 26, a fuel tanker exploded. Also on February 12, a fully-loaded truck lost control while another broke down, leading to long traffic wait-times for commuters.

In September 2019, the Federal Government had, for several months, partially closed down sections of the Kara axis for road repairs.

BADEH TO BE REMANDED IN KUJE PRISON