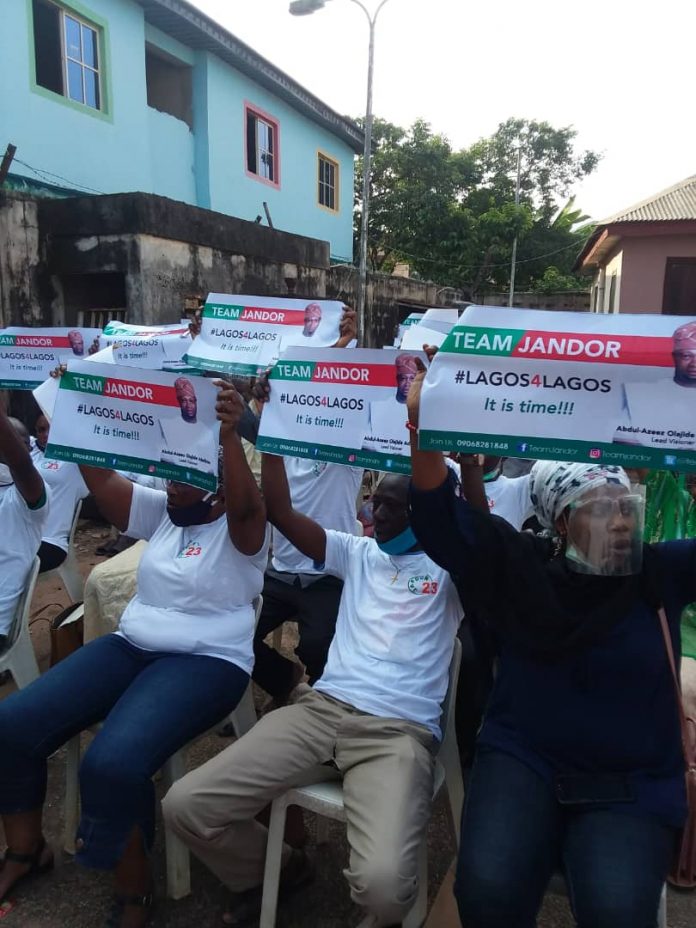 The many questions on the personality of the Lead Visioner of Team Jandor, Mr. Abdulazeez Olajide Adediran, can only get better answers at the grassroots, with the sociopolitical group elevating the status of many Lagosians and also giving them a fresh breathe.

Speaking at the inauguration of the local structures, the coordinator of Ifako – Ijaiye Local Council Development Area, Alhaja Folashade Ogabi, said the people of the LCDA have continuously shown gratitude to the Lead Visioner of the group, Mr. Abdul – Azeez Olajide Adediran, for his empowerment programmes as well as reaching out to the less privileged. “Our people have benefited more from a man who is not occupying a political seat, using his personally funds judiciously to put smiles on our faces.”

“We appreciate him so much and we fully support the Lagos for Lagos agenda,” she added.

Members of the executive inaugurated are:

Appreciating the warm reception, gestures and continuous effort to implement the Team Jandor’s programme, the Central Coordinator of the group, Funke Ijayekunle, charged the executive members to ensure that no stone is left unturned, citing that “everyone is important to the ‘Lagos for Lagos’ initiative.” Ijayekunle said “We have received a positive response here, so as other Local Government, and LCDAs, the LV is happy with your efforts and he asked me to appreciate you too.”