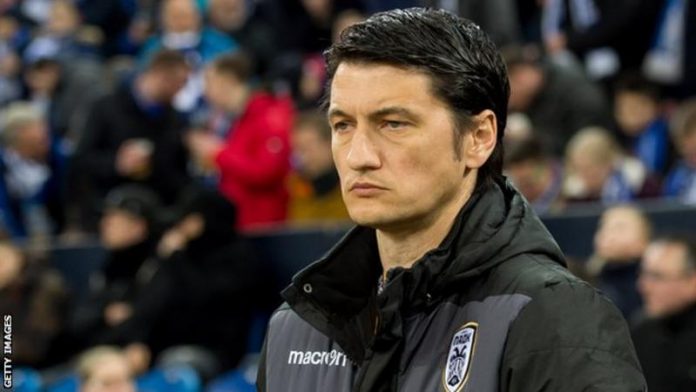 Watford are set to appoint Vladimir Ivic as their replacement for sacked manager Nigel Pearson. Pearson was dismissed two games from the season’s end as the Hornets chased Premier League survival.

The move failed as Watford lost both matches under Hayden Mullins and were relegated to the Championship. Serb Ivic, 43, is a free agent after leading Maccabi Tel Aviv to two consecutive league titles in Israel, and previously managed Greek club PAOK.

Ivic has no experience of English football as either a player or a manager but has impressed Watford officials during their search for a new boss.

He would become the club’s fourth permanent boss in less than 12 months as Javi Gracia and Quique Sanchez Flores were both sacked in the early weeks of last season, leading to Pearson’s arrival in December.

Fani-Kayode’s ex-wife to be re-arraigned April 29 on attempted murder, false...

Three soldiers die as troops kill many terrorists in Borno