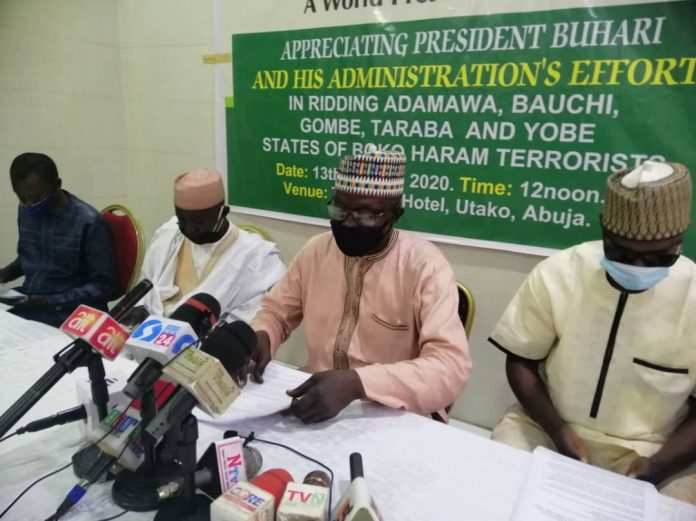 The Coalition of Northern Patriots (CNP) has expressed gratitude to President Muhammadu Buhari for stamping out Boko Haram/ISWAP terrorists in five states in the North-East.

Speaking at a press conference in Abuja, Nurudeen Dodo said Adamawa, Bauchi, Gombe, Taraba and Yobe States are experiencing a new lease of life, thanks to the president.

According to the group, President Buhari has so far kept his campaign promise of ending insurgency across the region.

With sustained onslaught by the troops and cooperation of all relevant stakeholders, the northern patriots assured that Borno too will be free from pockets of attacks as being experienced.