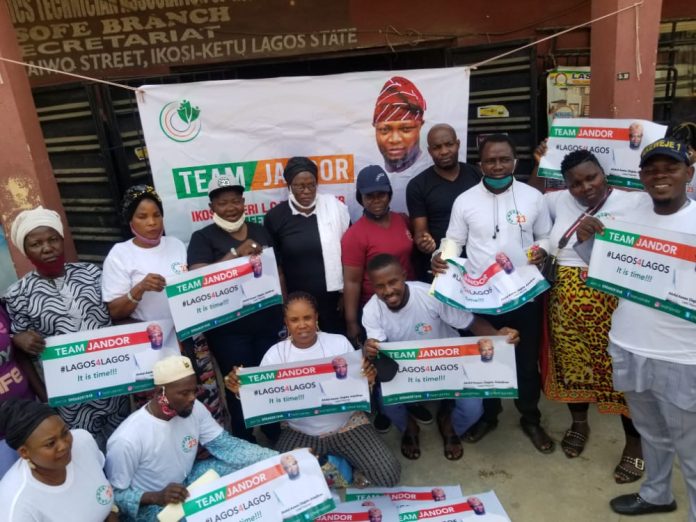 No Local Government nor Local Council Development Area is left out in the Lagos for Lagos movement, making Team Jandor, the Lagos based Socio – Political group’s initiative well accepted amongst the residents of the state.

Speaking at the inaugural ceremony of Kosofe LG and Agboyi – Ketu, Ikosi – Isheri LCDAs, the Central Coordinator of the group, Funke Ijayekunle, who was represented by the state youth leader, Mr. Simeon David, said the group recorded a significant increase in the registration of new members across the 20 Local Governments and 37 Local Council Development Areas of Lagos state. She noted that more people are showing interest to support the group across the nation and in Diasporas.

The newly inaugurated executives are:

In his acceptance speech, Olayemi Roberts, said the people have been waiting for such a project, one that brings everyone together no matter their class, ethics and beliefs, not segregating irrespective of political differences. “We appreciate the Lead Visioner, Mr. Abdul-Azeez Olajide Adediran, for his support for those of us at his grassroots, he is truly a God sent,” he added.