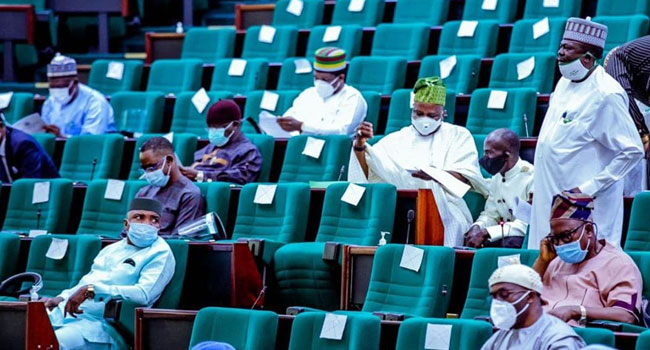 The House of Representatives Committee on Treaties, Protocol and Agreements investigating various loans obtained by the federal government from China for various projects has adjourned proceeding to Tuesday August 25, 2020.

This is as due the non-appearance of the Ministers of Communication and Digital Economy, Isa Pantami, Finance Zainab Ahmed and the Director General of Debt Management Office, who were scheduled to appear before the committee. However, the Ministers of Police Affairs, Mohammed Dingyadi and Federal Capital Territory (FCT), Mohammed Bello were present before the committee.

The chairman of the committee, Nicholas Ossai, said the adjournment is to enable members of the committee study documents submitted by the Ministries of Police Affairs and the FCT.

Ossai stated that the absence of the Ministers of Finance, Zainab Ahmed and Justice, Abubakar Malami, is part of the reasons why the committee would have to adjourn for one week, according to him they are key to the hearing.

The lawmaker further explained that the presence of the Minister of Finance was crucial to the investigation as she signed most of the loan agreements on behalf of the federal government.

Disbandment of SARS created a vacuum in Police to tackle Insecurity...

43 arrested over illegal activities in Lagos