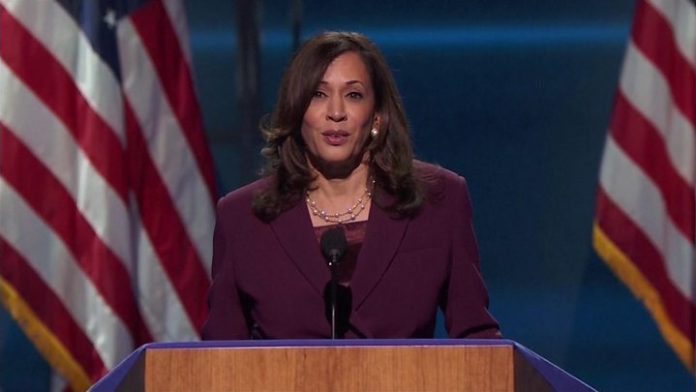 Kamala Harris has accepted her historic nomination as the US Democratic party’s vice-presidential candidate, running with Joe Biden for the White House.

In a speech to her party convention, the first US woman of colour on a major-party ticket assailed President Donald Trump’s “failure of leadership”.

The California senator pledged to speak “truths” to the American public. Mr Biden and Ms Harris will challenge Mr Trump and his Vice-President Mike Pence in the election on 3 November.

The coronavirus pandemic has forced Democrats to abandon the cheering throngs, fanfare and razzmatazz of the typical party convention in favour of a virtual event of pre-recorded and live speeches.

The grand finale of the four-night conference will see Mr Biden, the Democratic presidential nominee, deliver a speech on Thursday.