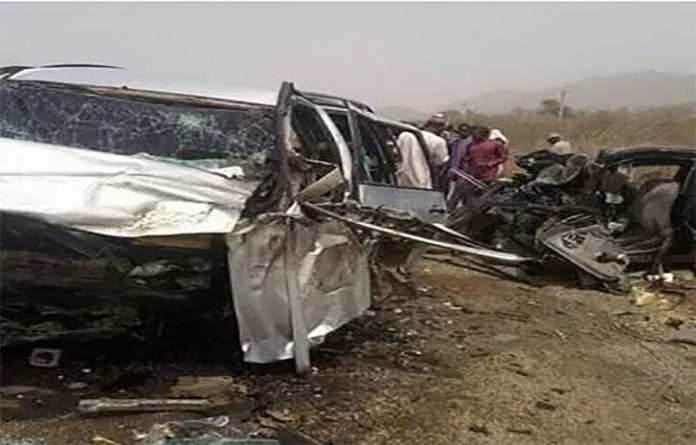 Five persons were on Thursday killed, while others sustained injuries in a road crash on the Sagamu Interchange end of the Lagos-Ibadan Expressway.

The spokesperson for the Traffic Compliance and Enforcement Corps in Ogun State, Babatunde Akinbiyi, confirmed the incident. He said the crash involved three vehicles: a Mazda space bus, a tanker and a truck, blaming the accident on reckless driving and wrongful overtaking.

“We learnt from the eye witness account that the Space Bus and tanker were inbound Ibadan from Lagos along the Lagos-Ibadan Expressway at the diversion axis after Sagamu interchange, when in an attempt to overtake a truck in front of it had an head-on collision with another truck coming from Ibadan,” he said.

“Five people died on the spot including the driver, two injured while another one was rescued.” While the tanker driver was said to have fled the accident scene, the driver of the truck is recuperating at a private hospital in Sagamu.

‘God Will Give Me Victory’: Akeredolu confident of securing second term