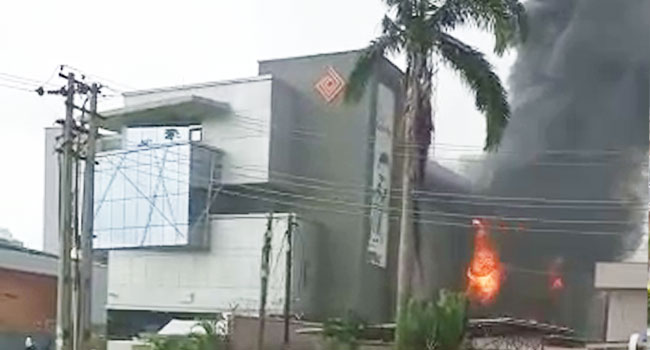 Tragedy struck in Lagos State on Wednesday when fire gutted two new generation bank buildings on Ademola Adetokunbo Street in Victoria Island. The cause of the incident is yet to be ascertained.

Unconfirmed reports say a fuel tanker laden with presumably diesel was at the premises of one of the banks to discharge its product.

In the process, an explosion from a yet-to-be-identified source occurred, igniting a massive fire, which soon spread to a neighbouring bank’s building.

It was learned that firefighters are currently battling to put out the blaze.