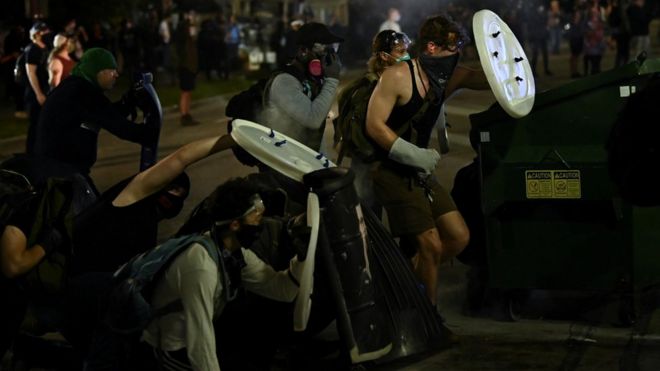 Two people have been killed and one injured during a third night of unrest in the US city of Kenosha, sparked by the police shooting of a black man. Police said three people had been shot, but gave no details about who was involved.

Local media reports earlier said the violence was believed to have stemmed from a conflict between protesters and armed men guarding a petrol station. Unrest broke out after Jacob Blake was shot and injured by police on Sunday.

Video footage showed the 29-year-old being shot a number of times as he leaned into a car. His lawyers said it would take “a miracle” for him to walk again. People have since defied emergency curfews in the city to join protests, which at times have turned violent.

In their statement, Kenosha Police said officials responded to “reports of shots being fired and multiple gunshot victims” in the city at about 23:45 on Tuesday (04:45 Wednesday GMT).

“The shooting resulted in two fatalities and a third gunshot victim was transported to a hospital with serious, but non-life threatening injuries,” the statement said.