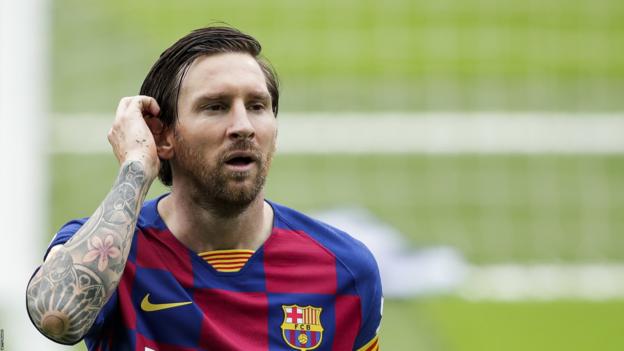 Barcelona still plan to build a team around captain Lionel Messi and are trying to convince him to stay, says sporting director Ramon Planes. The 33-year-old Argentina forward told the club he wishes to exercise a clause allowing him to leave for free.

“Barca and Leo are like a marriage, where both have given so much to each other, and have brought so much joy to the fans. I think the future is positive. I am an optimist.”

Messi – who has only ever played for Barca – wants to leave after a trophyless season which ended with an 8-2 thrashing by Bayern Munich in the Champions League quarter-finals.

Barcelona believe the clause has now expired and Messi is contracted to the club until 2021 with a 700m euro buy-out clause.