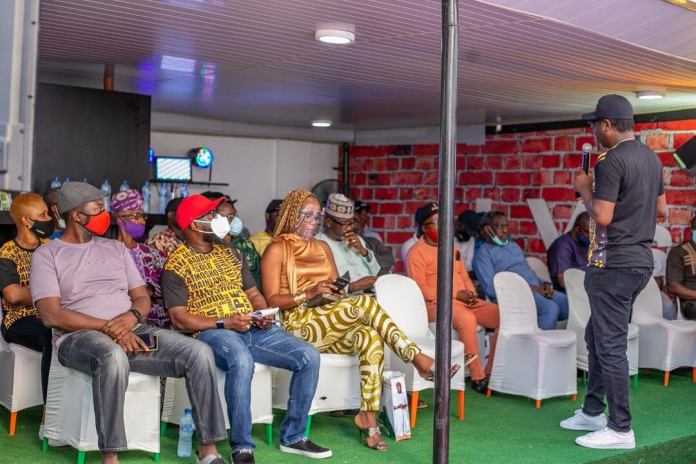 The activities of Team Jandor under the supervision of the Lead Visioner of the Lagos based sociopolitical group, Mr. Abdul-Azeez Olajide Adediran (Jandor), has continued to draw the attention, interest and the commitment of top echelons in the society.

Reviewing the events of the just concluded interactive session: ‘An evening with Jandor’ which held in Lagos, the anchor of the event, Mr. Seun Soyinka said the guests at the session, who cut across the corporate strata in Lagos, expressed confidence in Jandor especially as he broke down the importance of Corporate Lagos in realising the Lagos4Lagos vision.

The event which hosted guests majorly within corporate Lagos was an educative and inspiring session with the man behind the vision, Soyinka noted. “Without a doubt, Jandor from the feedback of the guests, is the new face of hope in Lagos”.

“He showed up today as a focused and well informed individual with vast, hands-on knowledge on varying touch points including the economy.  He responded very well to questions that were raised on major issues confronting the people.”

According to Soyinka, “the event is not a one-off and it will continue to feature different members of corporate Lagos”.

No Govt. has done more for democracy, freedom of speech than...