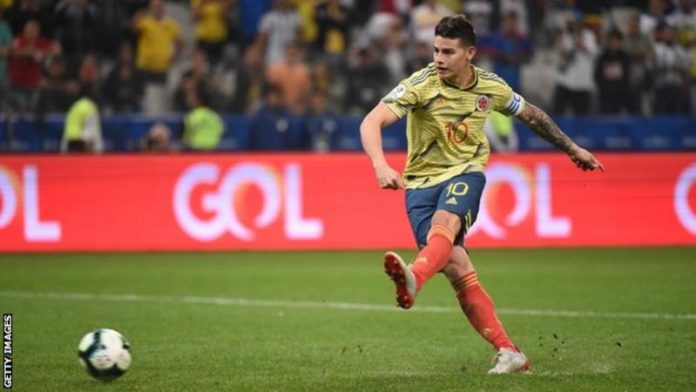 Everton are hopeful of completing an ambitious deal worth more than £20m for Real Madrid attacking midfielder James Rodriguez by the end of the week. The 29-year-old Colombian played under Everton boss Carlo Ancelotti at Spanish champions Real and Bayern Munich.

Rodriguez, who has been marginalised under Zinedine Zidane at the Bernabeu, has been allowed to miss pre-season training to sort out his future. It would be Ancelotti’s first major signing since become boss in December.

The Italian has been the driving force behind the deal, with Rodriguez, who is entering the final year of his contract at Real, attracted by the idea of working with the Italian once more. Rodriguez won the Golden Boot at the 2014 World Cup after scoring six goals in five games.

A three-year contract is under discussion as Everton look to pull off a transfer that would be regarded as a major coup and a powerful statement of intent as Ancelotti moves to reshape a side that finished 12th last season.