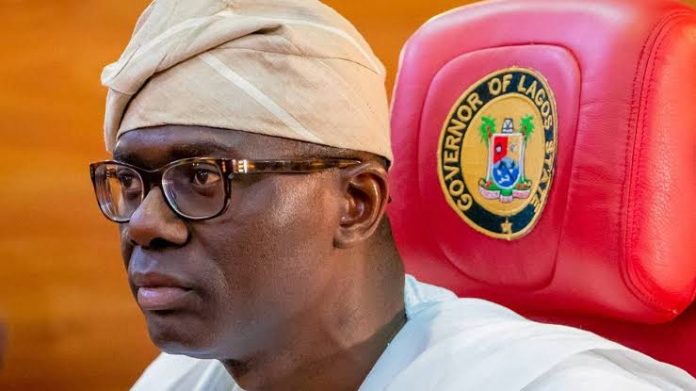 In what appears to be early signs of panic, the Executive Governor of Lagos, Babajide Sanwo-Olu, has allegedly ordered the suspension of political appointees and civil servants who are members of the growing Lagos4Lagos movement being championed by Abdul-Azeez Olajide Adediran, fondly called Jandor.

The movement which has found deep roots in the Ibile-Eko Forum, a Lagos based indigenous group and front runners on advocacy for the advancement of Lagos indigenes, appears to be attracting the wrath of the powers that be. As at Thursday September 3, about three persons had been summarily suspended under spurious guises at two separate Local Council Development Areas within the Badagry Division of the Lagos West Senatorial District. Division of the Lagos West Senatorial District.

The affected persons are Hon. Olabode Benson Makinde, the Principal Coordinator of Ibile-Eko Forum who until his sudden suspension, was the Supervisor for Agriculture and Social Services of Oto-Awori LCDA. Others include Hon. Wahab Ashade, the Ibile-Eko Coordinator at Olorunda and the Supervisory Councilor for Agriculture & Social Development at the LCDA and Mr. Dada Adeshina, a Ward Coordinator for Ibile-Eko at Olorunda and the Special Assistant on Revenue Matters to the Executive Chairman of Olorunda LCDA respectively.

In separate statements signed by the Secretary to the Oto-Awori LCDA and the Special Assistant on Information to the Executive Chairman of Olorunda LCDA respectively, they both claimed the appointees were suspended due to “abandonment of delegated duties” though it is clear that the affected persons were specifically targeted. Responding to the development, Jandor, who also doubles as the Grand Patron of the Ibile – Eko Forum, said “the suspension of the appointees has all the trappings of a political witch-hunt which negates the rights of association as stipulated in Section 40 of the Constitution of the Federal Republic of Nigeria 1999”.

Jandor, while expressing disappointment at the development, swiftly swung in to support the affected victims by offering them their exact monthly salary till the end of their tenure and an instant replacement of the official vehicle withdrawn from Hon. Makinde with a new Sports Utility Vehicle (SUV). “it’s a shame to truncate the livelihood of anyone, more so members of our same party, APC, on such trumped-up frivolities” he said.